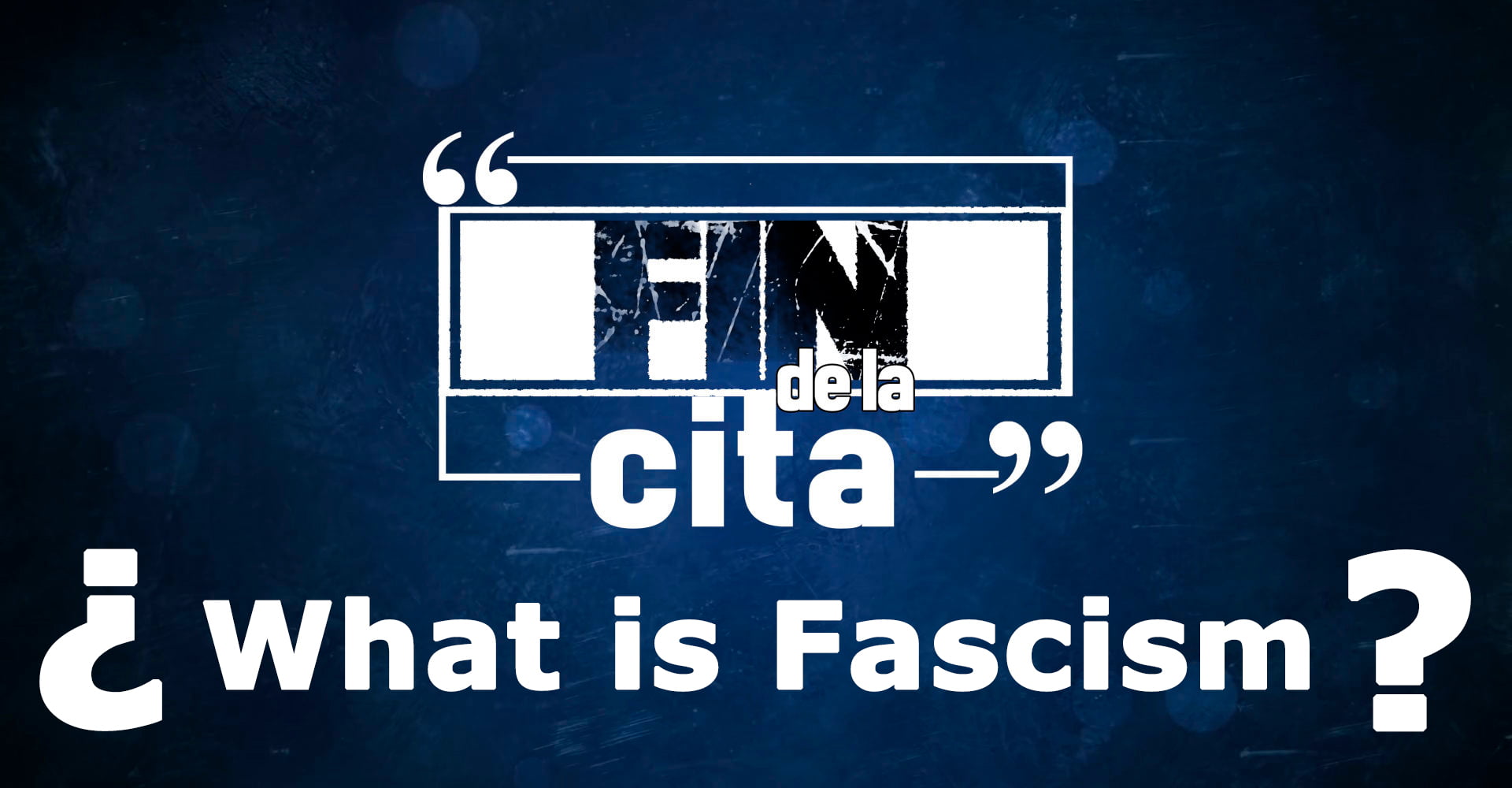 Fascism is a political movement whose proclamations of cultural, racial, ethnic, and religious superiority conceal its role in defending the concentration of capital and the interests of the dominant classes.

With the cyclic crises of capitalism as its breeding grounds, fascism blooms in periods of chaos and convulsions.

It permeates ultra-right wing and conservative parties, the same parties which, even in the twenty first century, claim to be “of the people.” Today it is emerging amidst global crises and rebellions in a variety of political aggregations.

2. Fascism denies class struggle but is the armed wing of capital in that struggle. Fascism launches itself from discontent, mixing nationalist emotions with religious devotion.

3. Economic crises, the daughters of capitalism, are at the same time the mothers of fascism.

4.  Fascism calls to the masses, but it is elitist. The power that the movement obtains gets concentrated in just a few hands. The figure of the strongman dictator is one of its expressions, but oligarchies also represent it and assume its direction.

5. Fascism is racist and feeds on erroneous theories of genetics and anthropology which proclaim the superiority of certain races and cultures.

6. Fascism and capitalism have abhorrent faces that need to be camouflaged. Fascists coopt revolutionary slogans and rhetoric.

7. Fascism is blessed. The priests supported Franco´s party when they would kill their neighbors and shoot poets.

8. Fascism is misogynist. It sums up the role of women with the slogan: “Church, kitchen, children.”

9.  Fascism is anti-intellectual. It fears critical thinking. Culture is always a threat, a door that must be closed to prevent contamination of “the truth.” This justifies the extermination of all that is different.

“The people who voted for Bolsonaro are not chauvinist, they´re not sexist, they aren´t any of that. What they had become was anti “Worker´s Party” (PT), and that’s why they voted for Bolsonaro. Well I think that we need to look at that example, and to take it very seriously. You know what follows the loss of faith? Fascism.” –Julio Escalona